We are all made up of multiple parts

The starting point for Voice Dialogue is the ‘Psychology of Selves’. This theory deals with the personality as if this is comprised of several parts, also called ‘subpersons’ or ‘Selves’. Every subperson has its own history, qualities, pitfalls and desires.

In a Voice Dialogue session you investigate these various parts of your personality. During a session, you literally give your subpersons a place in the coaching room. You step into the role of each of your subpersons to get to know them better. The coach (also called: facilitator) strikes up a conversation with every individual part. Together with the facilitator, you will discover when and why this subperson became a part of you and in what way it helps you to deal with vulnerability that you might have experienced in the past. These conversations are conducted in an inviting and non-judging manner.

An important distinction to make is between Primary and Disowned Selves. The Primary Selves are the parts of our personality that we know best and identify with. What these Primary parts look like can vary greatly between different people. There are, however, several ‘blueprints’ that most people recognize in one way or another. For example, you might have an inner Perfectionist – that thinks it is super important to set a high standard in life. Or what about the inner Pleaser – that works hard to make other people happy in the hope that they will like you? Some recognize the Inner Critic, that nagging voice that keeps telling you what you do wrong and that might even let you know that you are not good enough.

The goal of the Primary Selves is always to protect you, in some way or another, from feeling vulnerable. The Primary Selves are there to make sure others appreciate you, that you can feel a sense of belonging to a group and also to give you a sense of control and power in your life.

On the other end of the spectrum, there are the Disowned Selves. These are the parts of your personality that want and feel completely different things than the Primary Selves. However, at some point in your life, have they retreated in the shadow to play a minor role, because the Primary Selves deemed it ‘not safe’ to let these contrasting parts in. For example, someone with a primary Hard Worker might find it difficult to relax, because the inner ‘Relaxed Guy’ is disowned and being pushed away out of fear of not being good enough.

By taking an helicopter view of the personality, you grow awareness of both the Primary and the Disowned parts. Voice Dialogue focuses on getting to know both sides of the equation accept and embrace the paradoxical sides to yourself. By doing that, you also gain a greater ability to switch between the different parts of your personality when you need to. 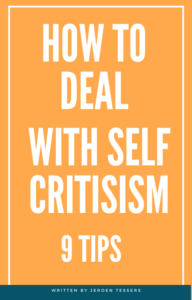 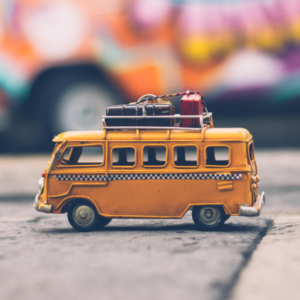